I’ve been on a journey with Nikon for nearly 50 years and all the cameras have served me well in one way or another. I’ve gone from a Nikon F with a Nikkormat to two FMs both of which earned me money. The two FMs were used professionally right up to when many photographers had gone digital and a client got me to shoot trannies because their usual photographer was digital. I also used a TW Zoom film point and shoot when I got tired of lumping the FM kit around on non-work days. In digital I’ve had a Coolpix 5700, 7900 and S10 (all only recently sold) then a D70, D300, D700 and D750 + D600 until the last year when I’ve went mirrorless and now have two Z6s.

I am really happy with my current kit and I’m back to having two matching cameras just like when I had the FMs – in some ways the Z6 is the closest to a digital version of the FM that I’ve had (I bought about but never got the Df).

So to celebrate here’s a selfie from Paris in 1981 with my FM kit and Billingham bag (still got that too) plus a picture on one of the FMs with one of my Z6s. 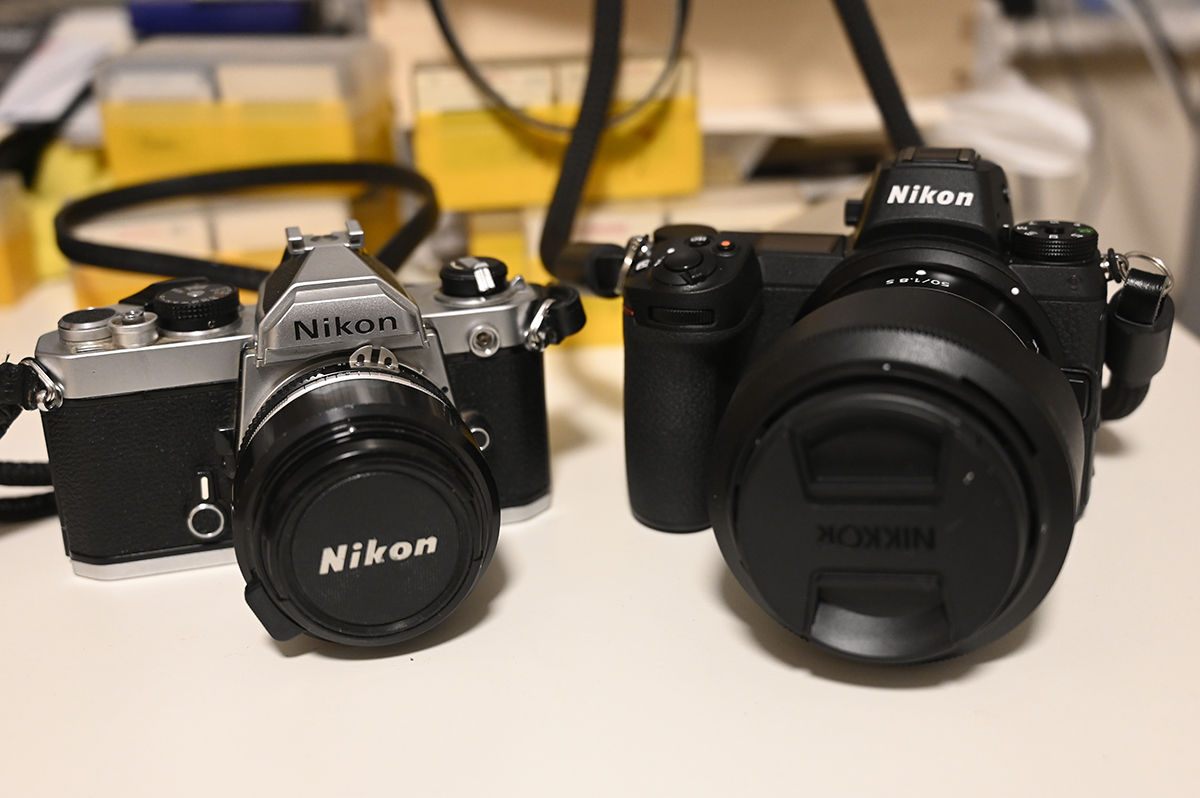